Just over 14yrs ago I studied the knowledge of London to become a Licensed London Taxi driver. I never dreamt that my proud trade would bring me to such a faraway place as Tanzania.   And why Tanzania? Well, one of my fellow Taxi drivers was sitting in the London traffic one day feeling a bit down and depressed about how overweight he was and what he could do about it.  He returned home to his family and voiced the question to them, “Why don’t you lose some weight, get fit and climb Mount Kilimanjaro?“ He laughed it off but the seed had been sewn. He chewed it over for a bit and thought it wasn’t such a crazy idea after all.  Why not do it with other cabbies and raise some money for charity too. So he put it out on social media and after a few sarcastic replies, he got some serious and genuine replies.

I was one of those who replied and told him I thought it was a great idea and I was serious about it.  I was over 20 stone at the time and finding it very difficult to motivate myself to lose weight and get fit so that I could enjoy my 2 beautiful grandchildren.  So 8 cabbies initially set down to bash some ideas around and CabbiesDoKilimanjaro was formed.

From the very start, we had positive feedback from both our trade, families, and friends.  We started to do charity events which included quiz nights and a charity cab wash which were always very well attended.  We even starred in a Pop record.

Sponsors started to ask if they could get involved and it just kept getting bigger.  A couple of cabbies had to drop out for personal reasons and we were left with 5.

We contacted the Tanzanian Embassy in London to see if they were I interested in what we were doing.  We soon got a call back from a guy called Steven Vallen and things just seemed to take off from there.

We have been on BBC Radio, in Magazines and even interviewed by both the main TV channels in the UK.  Donations and good wishes started pouring in from all over the world.

As a team we trained hard, none of us knew each other before this but we soon formed bonds and knew we could not let the Taxi Charity for Military Veterans and our supporters down.

We began to lose weight and get fitter. Our weight was posted each week on social media to keep everyone up to date, and to motivate each other.  We had training weekends away in the Peak District, climbing every peak and challenge we could find. We became leaner and stronger and the bond between us strengthened too.  We knew Kilimanjaro was no walk in the park so we had to be ready. We also knew we had only 1 year to turn a lifetime of bad habits into Kili contenders. Two more cabbies dropped out 3 months before we were due to go to Tanzania.  Like the knowledge of London, no one fails they just give up.

Then an email from the Tanzanian High Commission really got our pulses going.  Did we together with our wives want to go on Safari after our climb? We were blown away, and our wives were quite pleased too!. Now we really had to be ready.

We trained as many times a week as possible which is not always easy being a working London Taxi driver.  The final months flew by.

Then the day came, we were like 3 boys going on school journey for the first time. When we landed in Tanzania, oh my God … what a welcome – how could we not love this place.  Friendly smiling faces and Maasai dancers, tv crews and interviews.

This really set the scene for us, on the drive from the airport we saw our first glimpse of real Tanzania. A chilled, laidback pace of life. With resourcefulness of plenty. We had a taste of what was to come but we had the mighty Kilimanjaro to conquer before any of this could be enjoyed.

Mount Kilimanjaro is the hardest, toughest test I have ever put my body through.  It asked questions about both my body and soul. The porters and guides were brilliant, waking us each morning with a smile, a cup of tea, Tanzanian dance and a sing-song.  You could not fail to smile and join in. They accomplish so much with so little so that novice climbers like us would have a chance to do such things. I applaud them.

Sadly, Brian had to turn back at about 4 am on 4/10/19.  John and I were upset to hear the news but knew we had to go on and make it, we had agreed as a team if one person could make it we would have all made it.

At 7.O7 am on the 4th of October 2019 we had done it.  Dragging our knuckles for 45mins from Stella Point to Uhuru Point with the curvature of the earth in full view and the beauty of Tanzania at our feet ….

I was overcome with emotion and exhaustion but we had done it.

We came down to a hero’s welcome and loved every minute.  Dancing, singing and oooh local beer.

The next day we started to discover and enjoy the beauty, culture, and history of Tanzania, a fine country.  We stayed in Tented lodges and 1st class hotels. Every one an absolute pleasure. We have discovered the best-kept secret of Africa, Tanzania 🇹🇿.  From the breathtaking Ngorongoro Crator Conservation Area to the Serengeti plains and Safaris, even a Serengeti balloon Safari.

We were taken to the History of Mankind Museum at Old Pye Gorge Museum to learn we are all brothers and as brothers I would like to propose that CabbiesDoKilimanjaro come back next year with a bigger better project – to climb Mount Kilimanjaro and Mount Meru back to back but more importantly, we would like to spread the word of our great adventure and bring back others to do it with us.

We are going to sponsor a guide through the Guide School Program and we pledge to give 25% of our fundraising money to a Tanzanian charity.

I would like to finish with a quote from one of our fine Safari drivers.

“Money fills your wallet, but memories fill your soul”

We will be leaving Tanzania with VERY rich souls.  THANK YOU. 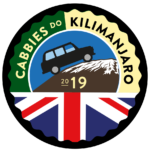