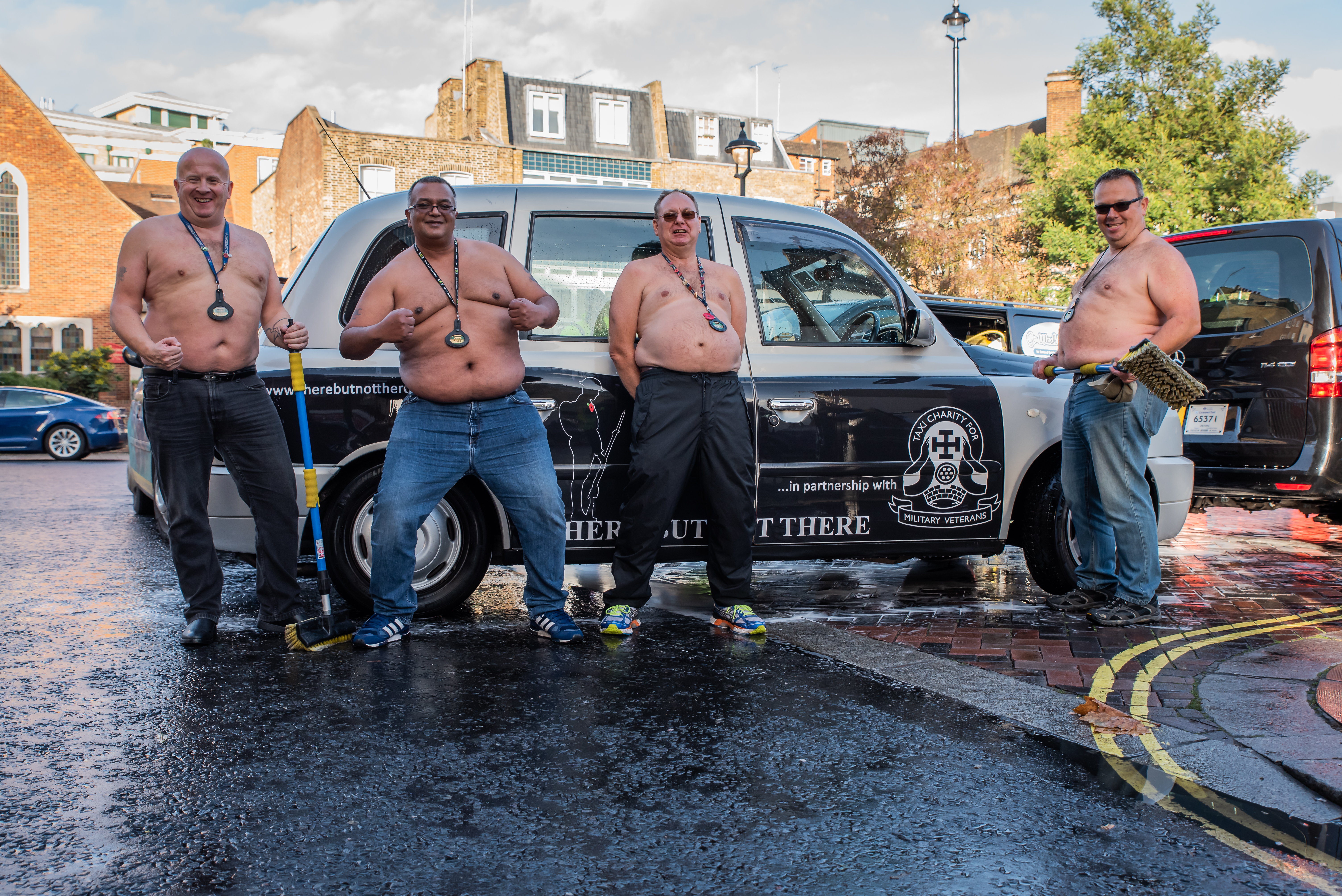 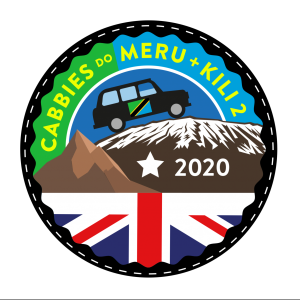 This was our first attempt at doing a Fundraiser, we have a massive target of trying to raise £20,000 for The Taxi Charity For Military Veterans.

If I am honest we were all a bit apprehensive as to whether the day would be a success.

The GoWashMyCar team was there early, along with ourselves getting set up.  A massive thank you to them for all their help and the fact they were giving their services, use of machines and products for free.

All we needed now was a bit of luck with the weather and some cabs to wash.

By 10am we were ready and sure enough there they were, our fellow cabbies, waiting patiently – well almost, we had a few “come on the meters running …” jibes.  With a few sighs of relief and with soap suds flying everywhere we got started.

All was going well until the weather turned and it started to rain.  Our hearts sank, but we knew we couldn’t change the weather, it was totally out of our hands and that it could end up being a total washout.

But, I think this was the turning point of the day because although we were all secretly worrying it was all going to go wrong and be a failure, the cabs did not stop coming even when it was raining!  Our fellow cabbies weren’t just there to get their cabs washed but to get behind the Cabbies do Kili feel-good factor that seems to be spreading amongst our trade.  We were totally relying on the support of our trade and they came through with flying colours!

The weather then turned for the better, the sun came out and we were going full pelt.

Jo from @PlanInsurance did not stop working all day, washing taxis and giving out goody bags to drivers.  She was an absolute star.

John “The Gym” Dilane had done his shift and had to dive off.  He didn’t know what he was going to miss because then three Veterans turned up with buckets.  It was not long before Vera Lynn was being blasted out and everyone was singing along to “We’ll Meet Again”.  It was fantastic!

Since the infamous stripped to waist pictures have circulated on social media, it was inevitable that we were going to get asked to go topless whilst washing taxis.  Of course we obliged but charged a little bit more.  Everyone was brilliant!

Jon Cox, our official Photographer (who we have developed a great relationship with) had something up his sleeve.  Before we knew it Car Wash by Rose Royce was blaring out of a stereo and he was encouraging us, whilst still stripped to the waist, to dance along.

Two Policemen on horseback even turned up because crowds were forming – it was definitely a car wash with a difference and one to remember.

We could not have wished for better support.  Huge thanks to everybody who made this an absolute success.  With special thanks to Go Wash My Car, Plan Insurance and Tony at Astral Cafe.

We raised £670 thanks to the good heart of all the people there.  Without your help and support, it would all have been in vain.

A MASSIVE THANK YOU!!!